Only 57.0% of gas customers are satisfied with their provider, down from 60.5% 12 months ago. This low satisfaction is resulting in over 660,000 households considering that they will be likely to switch companies over the next twelve months.

These findings are from Roy Morgan’s Single Source survey of over 50,000 consumers per annum, including over 10,000 gas customers. The latest data covers the 12 months to November 2017 compared to the same period in 2016.

Kleenheat with a satisfaction rating of 70.9% is the best performer, followed by Red Energy on 68.0% and AGL (65.0%). There is a wide range of satisfaction levels across the major gas providers with Actew AGL on 56.0% currently the lowest. 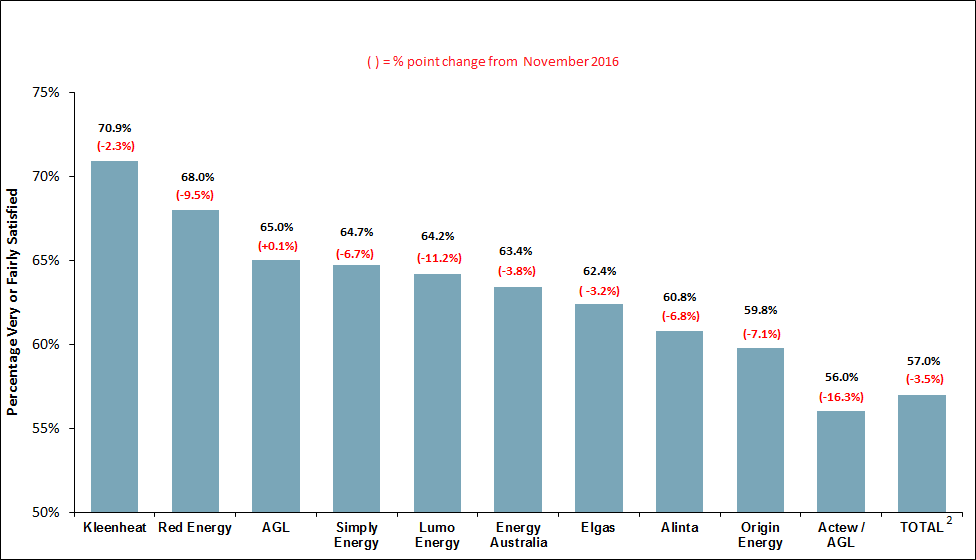 The following chart shows that the level of satisfaction across the five point scale used in this survey has a direct impact on switching intentions. For example, half (50.1%) of the customers who are ‘very dissatisfied’ with their gas provider say that they are either ‘very likely’ or ‘fairly likely’ to switch companies in the next 12 months. Even among customers who were only ‘fairly dissatisfied’, 42.7% say that they are likely to switch providers in the next 12 months. 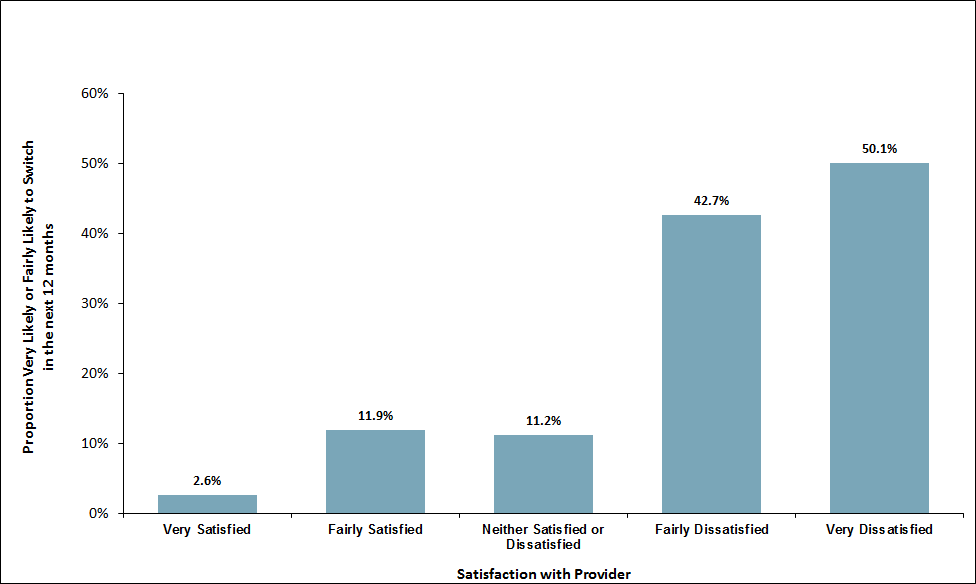 Those customers who are ‘very satisfied’ have a very low intention to switch at only 2.6%. As a result it should be a focus of gas companies to increase their proportion of ‘very satisfied’ customers from the current level of only 20.4%, if they wish to improve customer retention.

Head contract awarded for $1.8B project

China predicted to lock out Aussie coal for years