Winners and losers – in the satisfaction stakes

Kleenheat, which serves the WA and Northern Territory markets, continues to have the highest satisfaction rating. It added 4.4 percentage points to lead the pack with 74.4%, as the chart below shows. 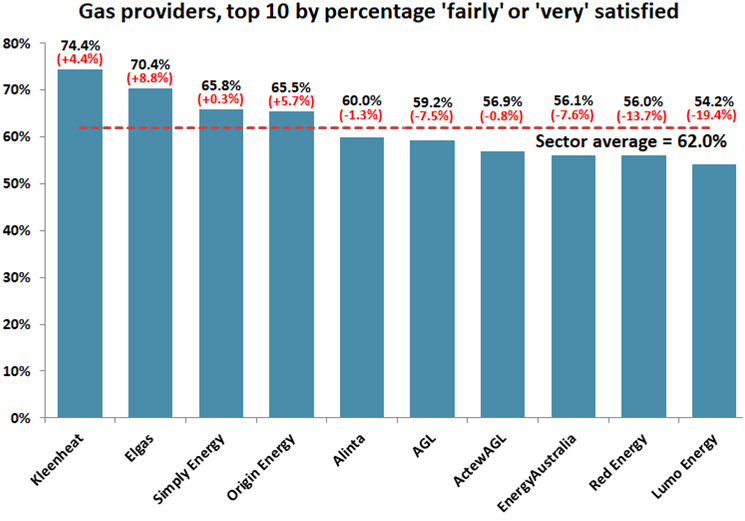 The decline in customer satisfaction across the sector over the past year is matched by a small increase in the sector-wide proportion of customers who say they are likely to switch providers. In the 12 months to September 2018, 10.3% of customers said they were ‘very’ or ‘quite likely’ to switch, compared with just 9.1% in the 12 months to September 2017. 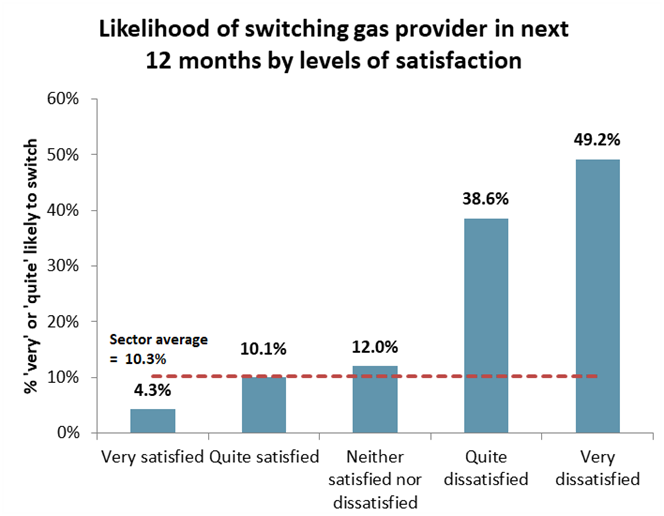 Both the customer satisfaction and switching intention data are collected via in-depth, personal interviews conducted face-to-face with over 50,000 Australians per annum in their own homes, including around 5000 interviews with people who rated their satisfaction with their gas provider.

“In the 12 months to September Roy Morgan recorded both strong gains and big falls in customer satisfaction levels, which shows that there are real gaps opening up between the performances of some of the major brands.

“The most worrying figure for companies with low satisfaction ratings is the proportion of ‘very dissatisfied’ customers who say they are likely to switch provider – that proportion has nearly doubled from 26.2% to 49.2% in the space of a year.

“There is no doubt that high gas prices are upsetting customers, but there’s much more to satisfaction than prices. In these business conditions it’s essential to know what the customer wants, and to deliver it. Roy Morgan has extensive data on satisfaction and Net Trust Scores across the sector, and the drivers of both, to help brand marketers to understand what they’re getting right and wrong. ”

$925M contract slated for coal mine